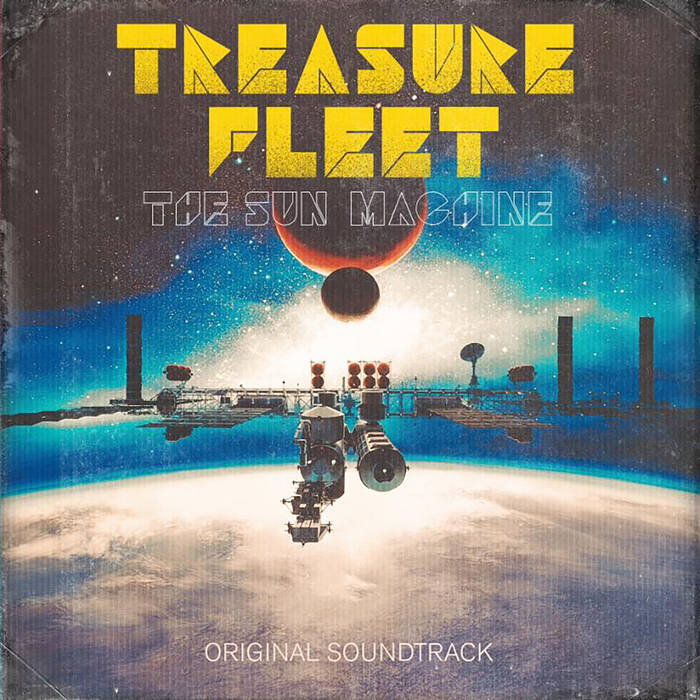 Chicago's Treasure Fleet have shared the first look at their film and accompanying soundtrack, The Sun Machine. The trailer for the film is set to "The View From Mt. Olympus", the opening track from The Sun Machine's soundtrack, out February 10th on Recess Records.

ABOUT THE SUN MACHINE:
In 2012, on the heels of releasing 2 full length albums within 6 months, Chicago's Treasure Fleet found themselves looking to expand their line-up by adding a guitarist and turned to tour mate Preston Bryant of Andrew Jackson Jihad. Isaac Thotz, singer and songwriter of Treasure Fleet, and Preston quickly bonded over conversations about classic synths and recording techniques and the band ended up asking Preston to produce their next batch of songs instead of asking him to join the live band.

Later that year, Isaac traveled to New York to pick up Preston and his recording gear. The two headed back to Chicago, borrowed the balance of what they needed, and assembled a makeshift studio in Isaac attic. The initial idea was to record a handful of songs to scatter across a few 7" EPs. Instead, Preston ended up taking up residence in Isaac's attic for the winter to record an epic soundtrack for a stylized rock n' roll space movie.

The idea for the narrative came to Isaac while marathon watching Twilight Zone episodes. Like the songs Treasure Fleet was concurrently recording, the narrative he envisioned jumped from psychedelia to space travel to mind control. Inspired by the quality of the recordings and enthralled with the idea of making a musical film to accompany the concept album, Isaac started working on a plot line. He would spend the next 3 days writing a 50 page novella, which would become the outline of the film/album.

Once recording was complete, in April 2013, the attic studio was transformed into a spaceship set. Isaac purchased a $300 mini-dv camcorder from his cousin, and commenced singlehandedly producing, directing and editing The Sun Machine over the course of a year. Sets were scrapped together from recording equipment and trash, or shot on location around the city of Chicago including museums, a submerged shipwreck, a dirt bike park, a tire shop, a rooftop garden, and Isaac own broken down Winnebago trailer. Treasure Fleet's other members Mike Oberlin and Neil Hennessy, and Isaac's wife Sue were recruited as actors for the film. Through a combination of ingenuity and favors, at completion, the album/soundtrack and film altogether cost less than $3,000 to produce. It premiered September 27 at the Raindance film festival in London.

The Sun Machine film and soundtrack follows a contemporary science fiction cliche, Mye (played by Sue Thotz), who receives orders from classic 70's sci-fi superiors to assimilate a confused group of record-collecting, garbage-picking, bike-riding burnouts (Treasure Fleet: Isaac, Mike, and Neil). After a series of failed remote attempts to change their wayward behavior (with Preston's help), Mye is forced to capture the three friends and manually manipulate their brains into conformity. In the end, the friends are indeed changed by Mye's procedures, but it's Mye who undergoes the greatest conversion, as she comes to see value in her captives' human frailty.

The Sun Machine soundtrack is out February 10, 2015 on Recess Records.

Bandcamp Daily  your guide to the world of Bandcamp

Featured sounds from Fly Lo and Ahmed Idris, plus Mother Nature hops on to drop off new project